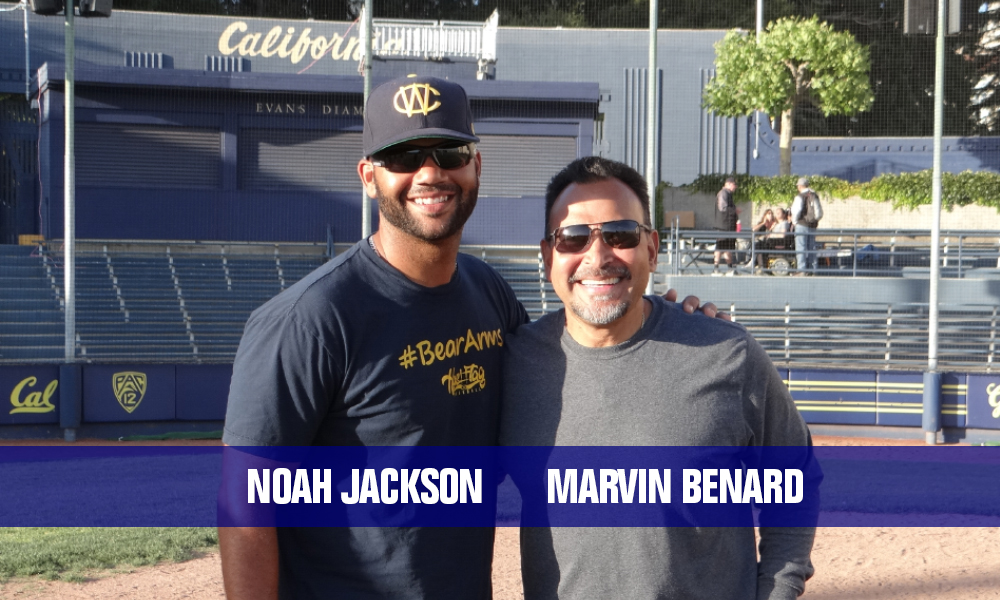 During a recent inter-squad game held at CAL Berkeley’s Evans Diamond, the California Warriors 2020 and 2021 Elite Teams were fortunate enough to have a visit from former San Francisco Giants outfielder Marvin Benard. Over the outfielder’s 9 seasons, he compiled an impressive .271 AVG / .343 OBP / .402 SLG triple-slash with 441 Runs, 260 RBI, and 105 SB. He is also fondly remembered as a member of the 2002 World Series team and for hitting the final home run at Candlestick Park. During his visit with the California Warriors, Marvin had advice for players and coaches, speaking on the importance of working hard, doing your best on and off the field, and staying mentally strong and positive.

Many thanks to Marvin Benard for his support in generously giving his time to the California Warriors program!