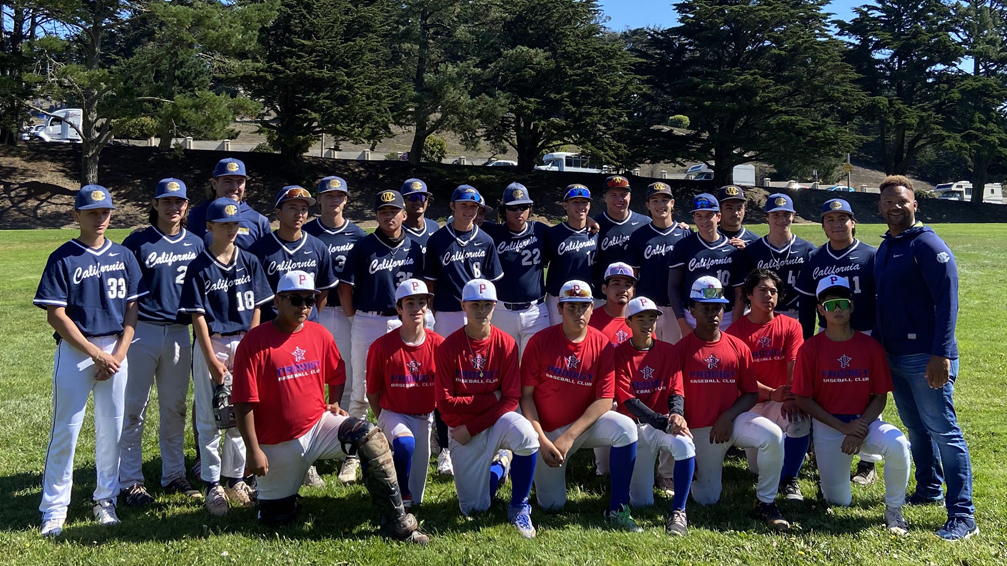 Congratulations to all the players on the California Warriors roster who have played well against tough competition this Fall. With 6 games under our belts and 6 more to go, the California Warriors have hit the halfway point of the 2022 Fall Baseball Season. Steve Elsner is the head coach of the Fall Ball California Warriors team and 2 representatives from the Giants Community Fund are his assistants. Steve is the first baseman who led College of Marin’s team in HR and RBI during the 2021-2022 college baseball season, and he has done an excellent job of cultivating a cohesive team dynamic with a roster featuring players from 15 different Bay Area high schools. The bats have come alive at opportune moments to get some Runs on the board, and the Warriors pitching staff has really been a shining point so far this Fall: Mason Lui (Riordan), Rhys Appleby (Riordan), Sebastian Elsner (Riordan), Nate Cordoba (Hayward), Jackson Van Til (Tamalpais), Noah Vigil (Sacred Heart), Skye Lake (San Marin), Manny Selles (Berkeley), Aiden Mackey (Sacred Heart), Caleb Catalano (Terra Nova).

The California Warriors are competing in Donnell Moody’s “Bay Area Wood Bat League,” which fields a doubleheader for each team every weekend at Marchbank, Gellert, and West Sunset fields. Donnell has operated this league for several years with a passionate commitment to uplifting the San Francisco baseball community and providing opportunities for local youth to get out on the diamond. 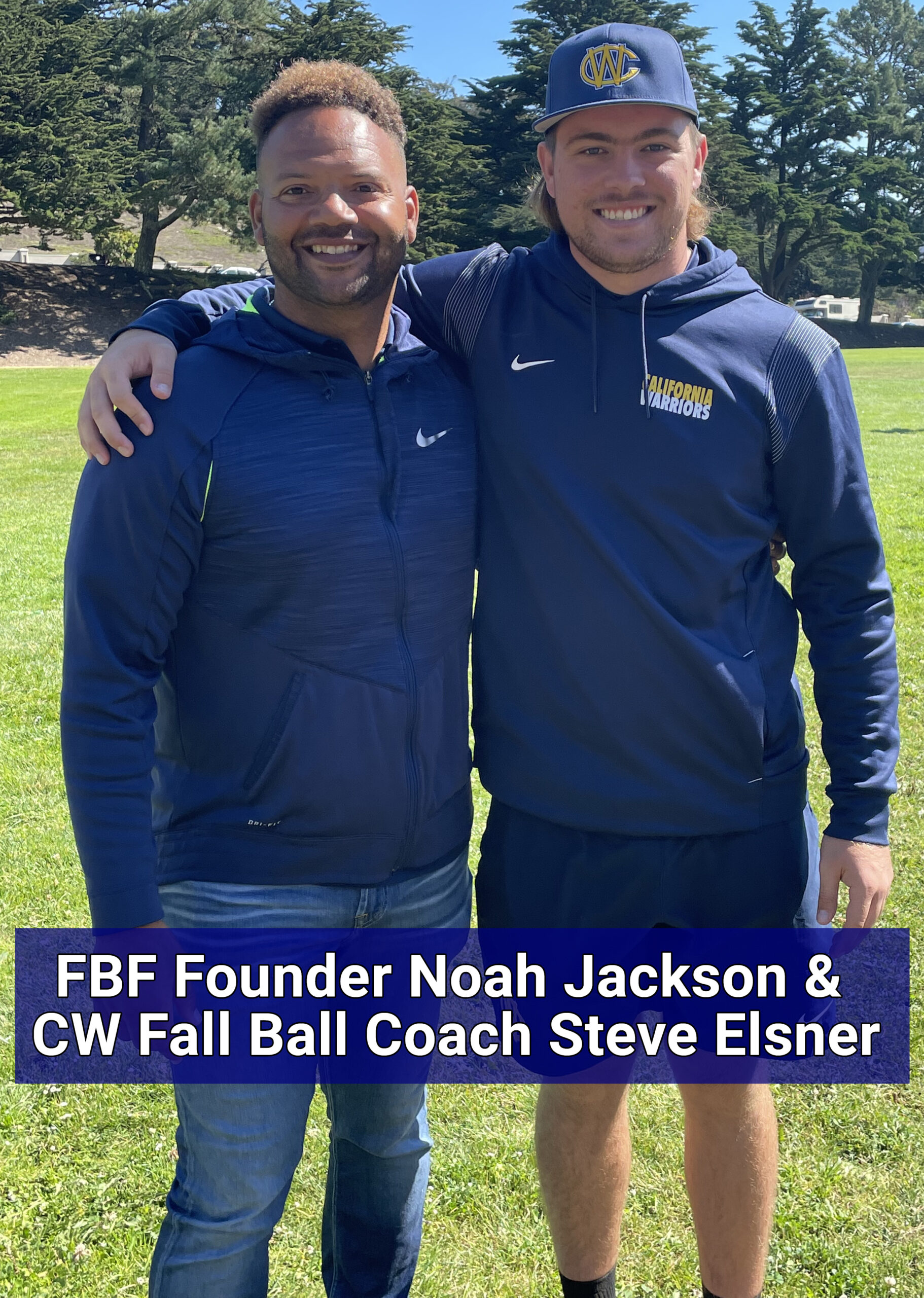 In partnership with the Giants Community Fund, the First Base Foundation has initiated a Speaker Series featuring experts such as college baseball coaches, college baseball recruiting specialists, and mental health professionals who come to the field and make presentations to the players and parents from both teams in between games. Our inaugural speaker was a local Division I coach who gave an inspirational, motivational speech and relayed to the players the importance of putting in the work consistently so that the simple repetition of practice pays off over time. In week two, we were joined by the two AmeriCorps Academy “VISTAs” who work under the umbrella of the Giants Community Fund and have been assisting Coach Elsner on the field each weekend this Fall. Marc and Jayden spoke on their perspectives as individuals entering the workforce in the sports-philanthropy world and highlighted the many ways to stay involved in sports once your playing days are done. Week three featured former California Warriors Coach Joe Slater of Slater Admissions Advising, whose expertise on the college admissions process for student athletes was an invaluable resource for parents and players.

Rounding out the Speaker Series for the Fall season are College of Marin Head Coach Steve Berringer and Mack Meyer, California Warriors Alum and founder of Steelemack Strategies, a boutique college baseball recruiting consultancy. We are proud that this initiative is off the ground and look forward to expanding the Speakers Series for future seasons!