Congratulations to California Warriors alumni Joe Jimenez, Mason Collins, Tyler Peck, and the rest of the Chapman Panthers Baseball Team for winning the 2019 DIII National Championship! An especially huge round of applause for Joe Jimenez, who has spent two summers as a California Warriors coach in addition to his time as a player in the program, for being named to the All Conference Team. Jimenez had four hits in the final three games including a home run in the championship series.

“Chapman has always had a winning tradition, winning the National Championship in 2003 while also making appearances in the College World Series 8 times from 2003-2011. With the program’s past success also comes high expectations as well, and I’m proud to be a member of a team to bring back yet another National Championship. The College World Series this past week has been one of the best experiences of my life, and something I will never forget. We’ve had this goal in mind since the first day of the fall, and to see the way we developed and grew as a team this year really is amazing. I have never been prouder to be a part of this program.”

Mason Collins finished the year tied for second on the team with 9 Wins and walked away with a respectable 3.52 ERA over 99.2 IP, proving himself to be an integral part of Chapman’s success this season. Tyler Peck had a similarly stellar year on the mound, earning 8 Wins and a 2.22 ERA over 113.2 IP, numbers that were strong enough to get him drafted by the Saint Louis Cardinals in the 28th round of the 2019 MLB Draft. Congratulations once again on an incredible finish to the season! 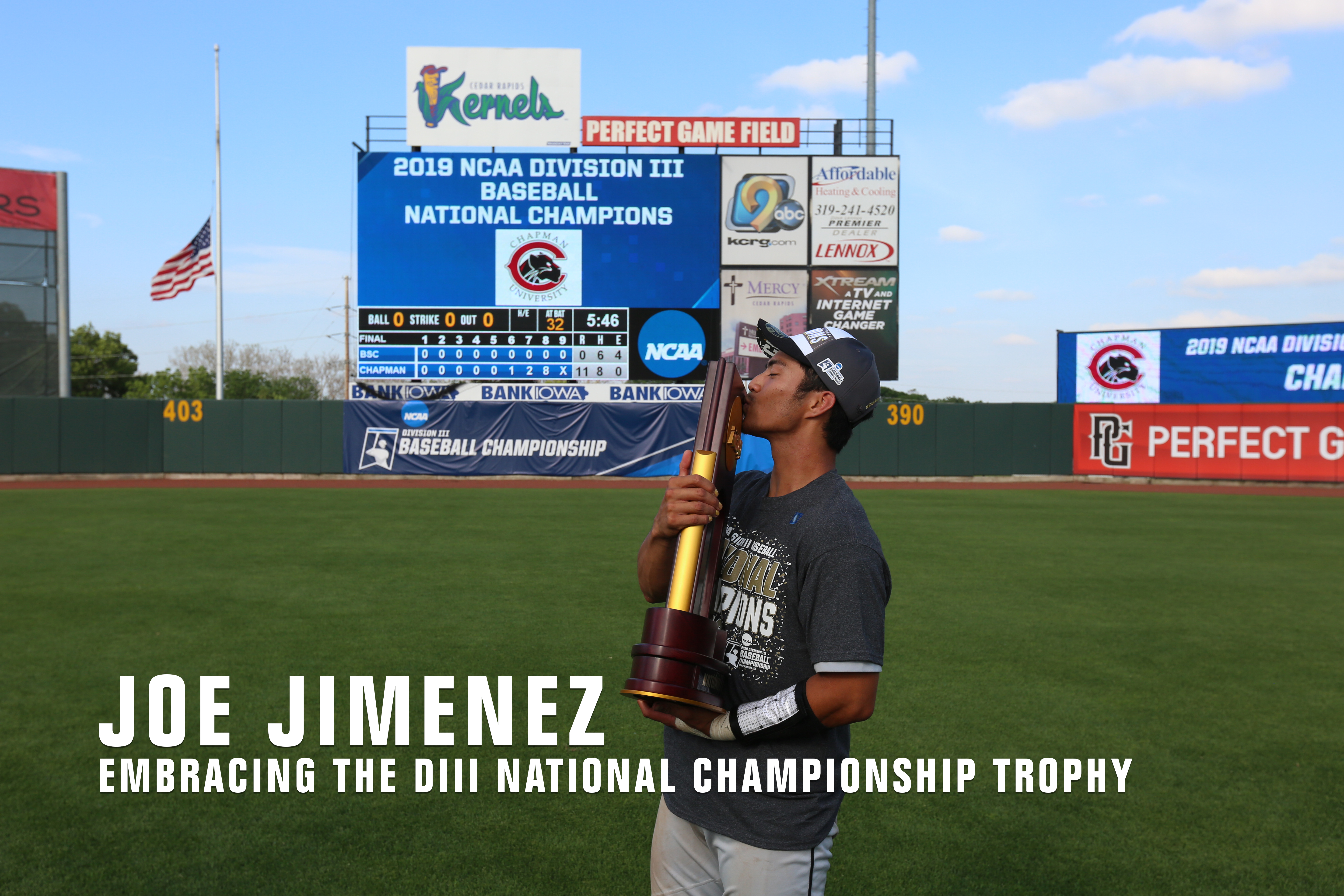